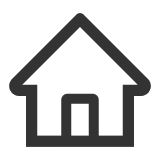 Making student success a team sport through collective monitoring of progress and personalized paths of success. 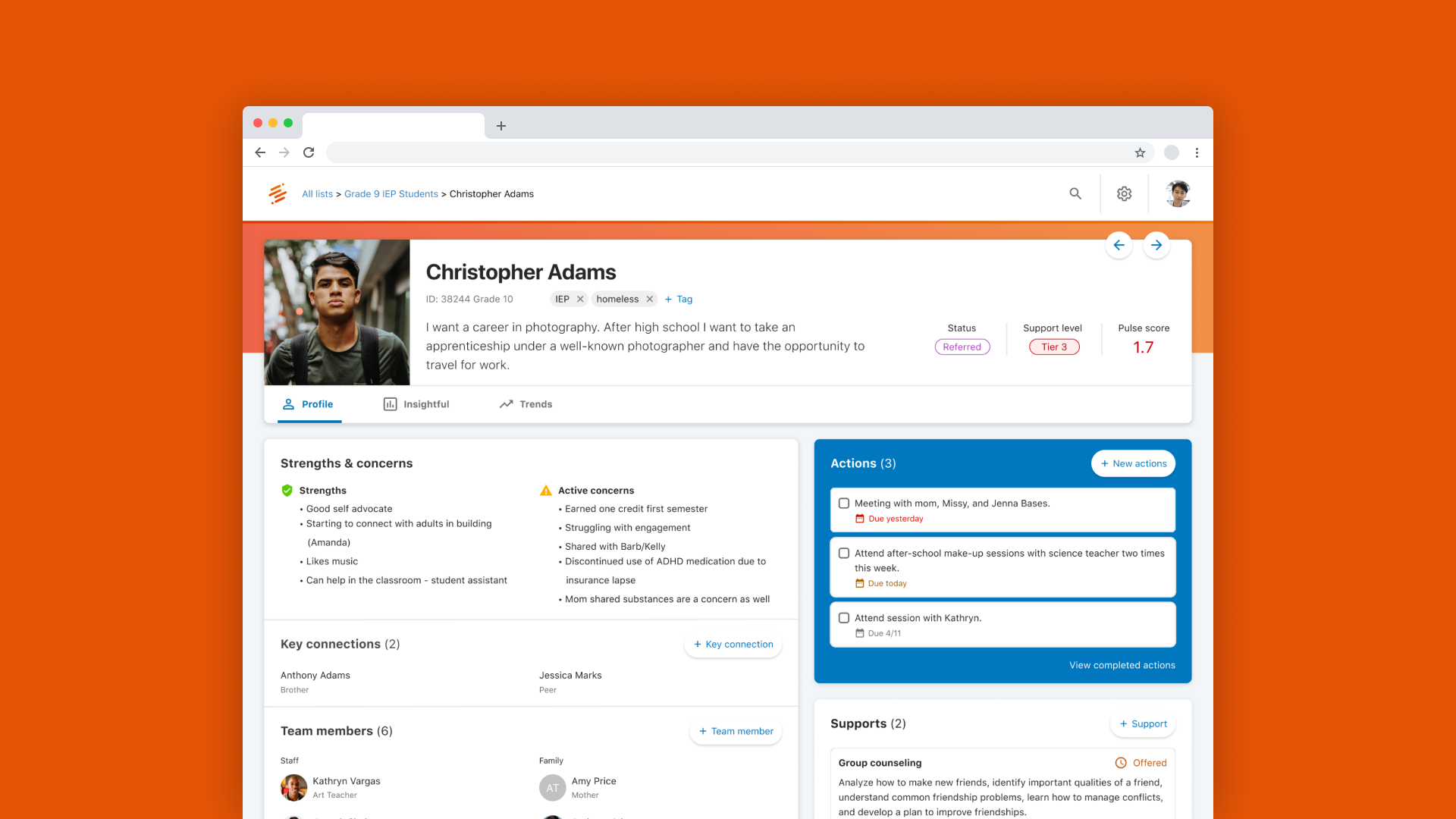 Teachers and school leaders have difficulty aggregating data to get a holistic view of a student in order to increase their student success rates. They currently operate in silos where there are data privacy concerns along with a lack of social-emotional insight.

Because Intellispark had a current prototype with user feedback, I did a deep-dive into what already existed and all of the feedback that came in. I also interviewed each stakeholder individually to understand their goal for the product from the business side and which features currently set them apart from their competition. The product had a few different target user groups, but in order for us to learn quickly and iterate, we needed to focus on one. From the conversations and learnings the team decided to focus on the Principal experience since generally they led the groups responsible for student intervention. I created a storyboard for the scenario we were going to focus on to keep the team aligned throughout the project. 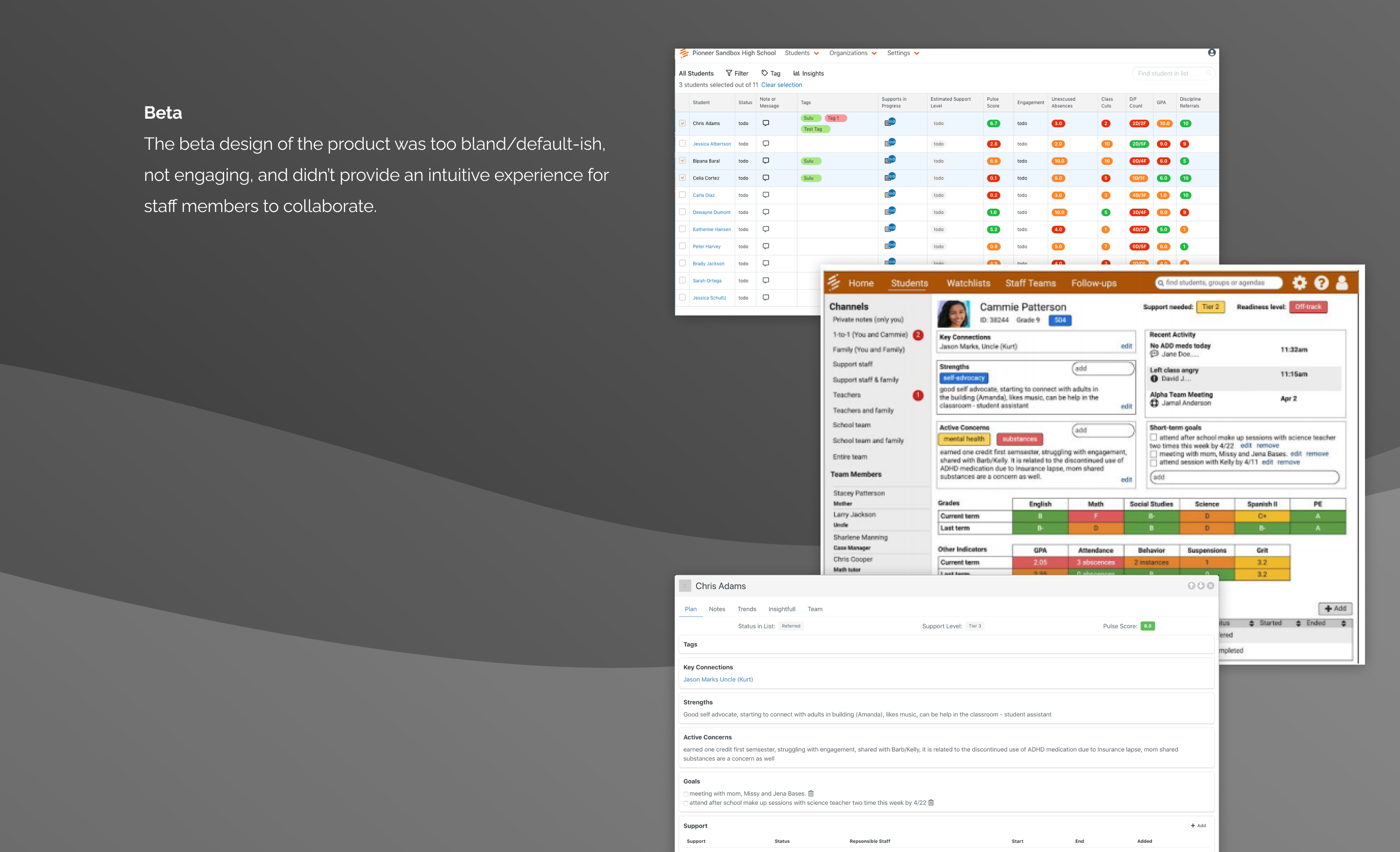 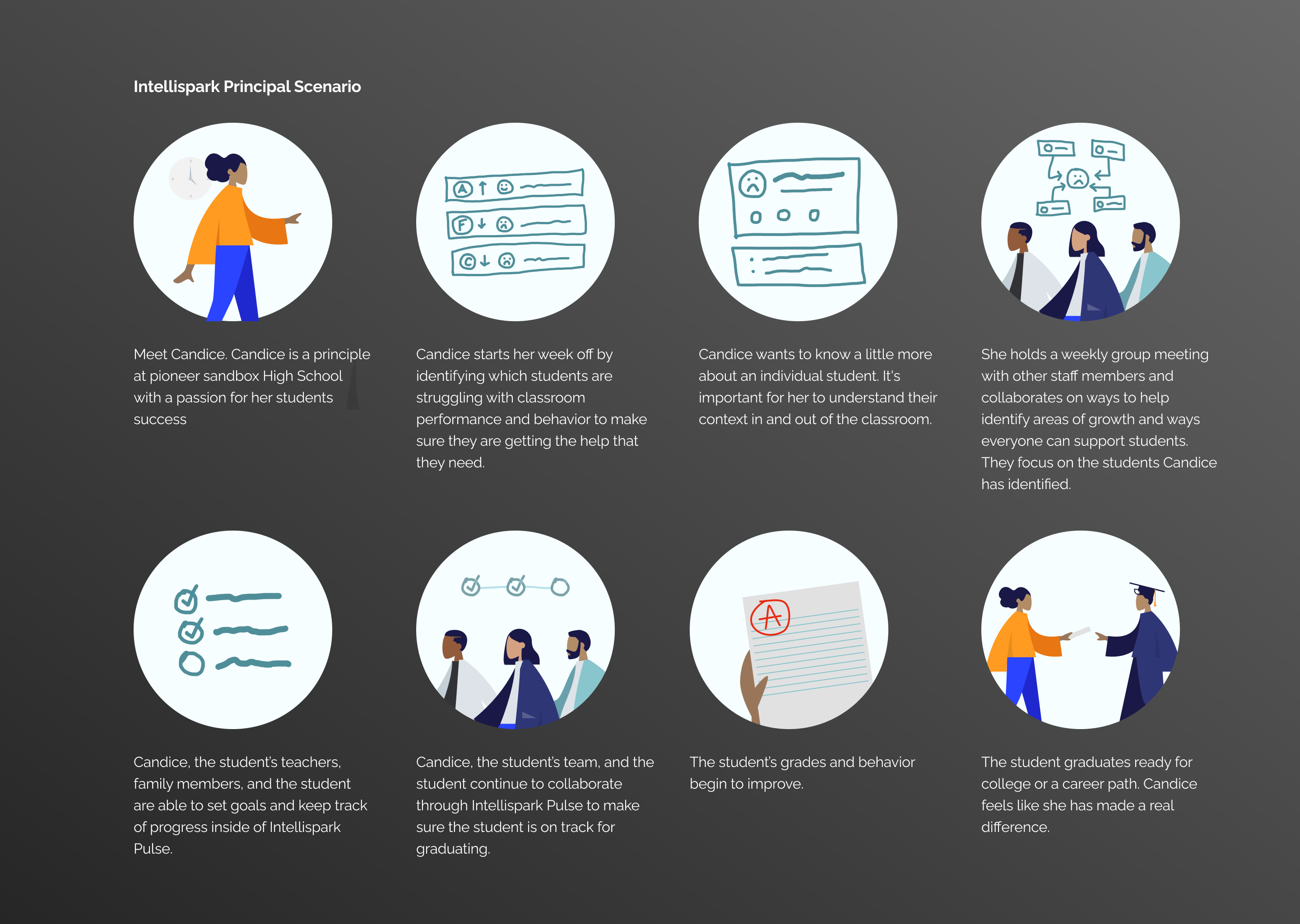 After a few production staff interviews, a few patterns emerged about some existing problems with the Contacts app and as a team we were able to evaluate the priority of each problem area. We decided to focus on improvements for the high impact problem areas that would increase adoption the quickest. Those areas were importing contacts, creating contacts in the app, organizing contacts, and the over look and feel.

Through a series of team sprints, sketches, prototypes, and feedback sessions, we rethought the flow of the product and explored a number of ways to improve each feature.

The Intellispark team had a great relationship with education professionals, so they would collect the feedback and we would discuss it together in order to prioritize what to iterate on. 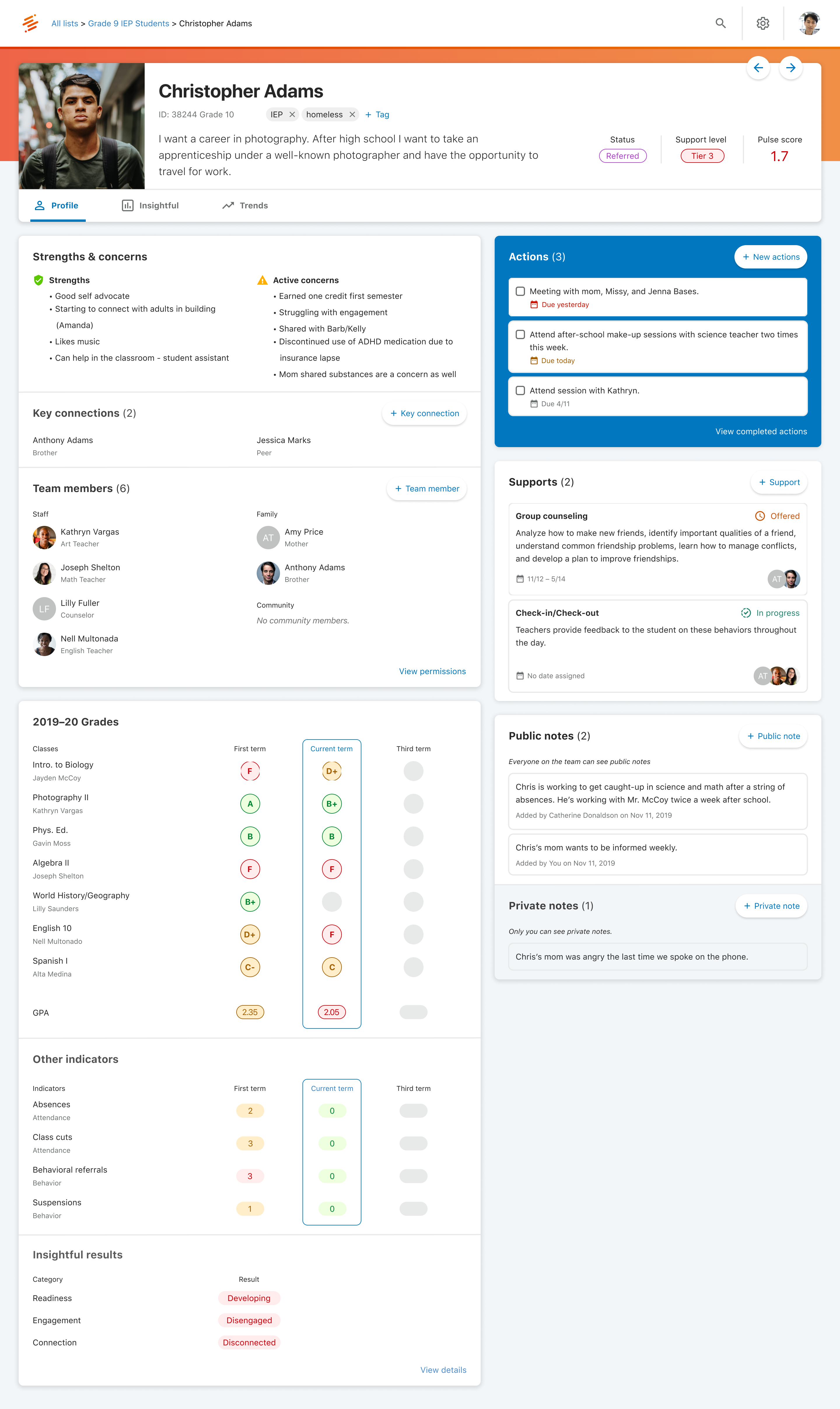 Our team delivered a product that visually reflected trust, the ability to monitor students quickly, and the ability to look deeper into a student's story that they can plan the necessary course of action in order to increase student success rates. The Intellispark team was able to take what we built for principals and continue to learn and build out the product for students, teachers, and counselors.

Get in touch to get more in-depth details on each feature.
tim@timpacific.com 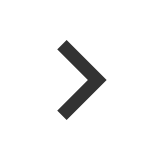